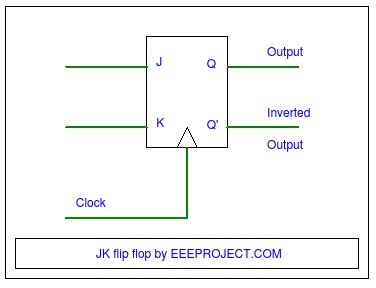 It also has two input units like other sequential circuits. The set input of JK flip flop circuit is known as ‘J’ and the reset input of it is known as ‘K’ input. There are many flip-flops design which are currently being used, but the most common one which is widely used is JK flip flop circuit. It is also a sequential circuit.

It has two NAND gates and the input of both the gates is connected to different outputs. It is connected in a way that both the inputs are interlocked with one another. So, it basically produces a toggle action and work on it.

What is a toggle action?

Toggle action consists of clamps which operate through a unique linkage system of pivots and levers. It can be of different types, according to the state it is therein. And, the best part about this action is that it is fast.

The clocked unit of the JK flip flop circuit is represented by symbol ‘D’. 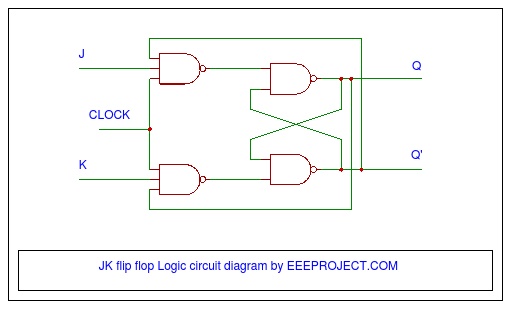 You may also like how to test a diode

So, whenever both set and reset input can swap states then the action occurs and JK flip flop circuit works. You may also like Sun Tracking Solar Panel