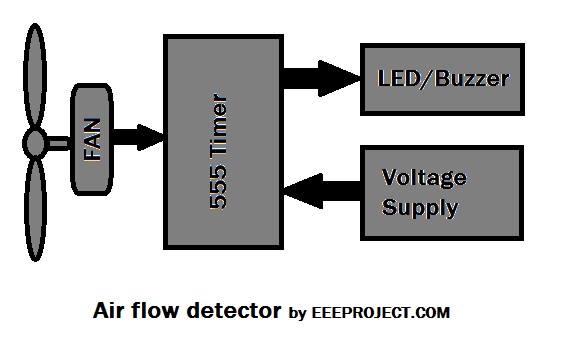 What is Air Flow Detector Circuit

Air flow detector circuit is widely used in many appliances, as it provides a visual indication of the rate at which air is flowing. Wherever it is necessary to detect the rate of air flow or presence of air this circuit is used, as this provides a clear picture of air in a given space.

The most common example of air flow detector circuit is engines. This circuit is used in engines to get the estimate of air flow within it, so that we may get to know how much more fuel we need to add to it for its proper functioning.

This circuit basically works on a simple principle in which the basic component which is used for detection is resistance temperature detector.

The two main components on which circuit works are as follows:

If you are using an incandescent bulb, then its filament works as the sensing part of the air flow detector circuit. The proper functioning of this filament is necessary for correct detection.

The circuit is incomplete without the zener diode, as this diode works as a voltage regulator in the circuit. And, it is recommended to use the proper zener diode as without a proper one the efficiency of the circuit can be affected in heavy loads. 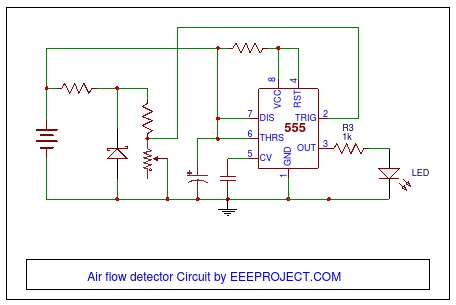 The important components of the circuit are as follows:

You may also like Subwoofer Amplifier Circuit Explained with Application

In spite of having a difficult function, the working of the circuit is quite easy.

So, this is how the complete circuit works and detects the air flow for various appliances and systems.

You may also like Arduino and Bluetooth module Circuit