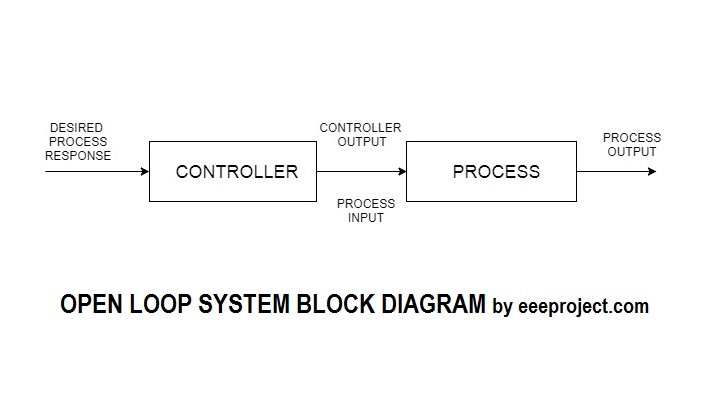 Let us start with the concept of system. System is a collection of different sub systems that combines to achieve some particular result. For example, if a fan has to rotate at a speed of 1000 rpm then its rotation is the system and its speed is the desired output.

In general there there are two types of control system, namely open loop and closed loop system. Open loop is the one which has no feedback or error rectification. This means if the fan speed goes down/up by some external disturbance then in open loop system there is no scheme to reach the set point (1000 rpm here) again.

Unlike this, a closed loop system has an error management,i.e., the error will go to the controller and error will be compensated so that the desired output is always tracked.

Open loop system also has feedback system but not connected and is used just for measurement. Generally the feedback is considered as unity and that’s why many think that the system doesn’t has a feedback. But just give a thought if measuring instrument is not present then how we’ll get the value.

It is referred to as open loop feedback system because here the output is not being used as the control variable; this type of system does not depend on their output.

Let us calculate the Overall Transfer Function of the open loop system. As the blocks are cascaded, therefore overall transfer function will be the product of individual blocks.

This is also called as Open Loop Gain (here feedback is taken as unity).

Open Loop control system suits for the processes which requires the sequencing of events with ON-OFF commands. For instance, a water level tank where the valve gets open and once the tank is full the valve gets OFF followed by the next process in the sequence (say heating for some application) and so on.

Components of an open loop system

There are end numbers of applications of open loop systems in our day to day life. We all have used the devices and appliances which work on this simple and amazing system function. The best thing about using this system is the cost effectiveness.

Some of the examples of open loop system which we all have heard of are mentioned below:

Working of a Cloth Drier Machine

The concept of open loop system is used in automatic clothes drier machine because it does not depend on the output that is it will stop according to the set time, no matter what the condition of the cloth is.

For an automatic washing direr to work and dry the clothes. We prefix the timing which is needed by our clothes to dry off. Suppose 20 minutes is the time duration we have set, and then the machine will automatically stop as soon as it completes 20 minutes. It will not keep on rotating if the clothes are not dry because it works on the concept of open loop system where the output has no effect on the input.

The cloth drier machine has basically three main units that are

Hope you are good with the concepts now. So, I have an assignment for you then! Excited!! Do read the next article Closed Loop System and answer the following question.

“Whether the nervous system of a Mental person is an open loop or a closed loop system“. Waiting for your responses in comment section below. Lets see if you are able to think or not!